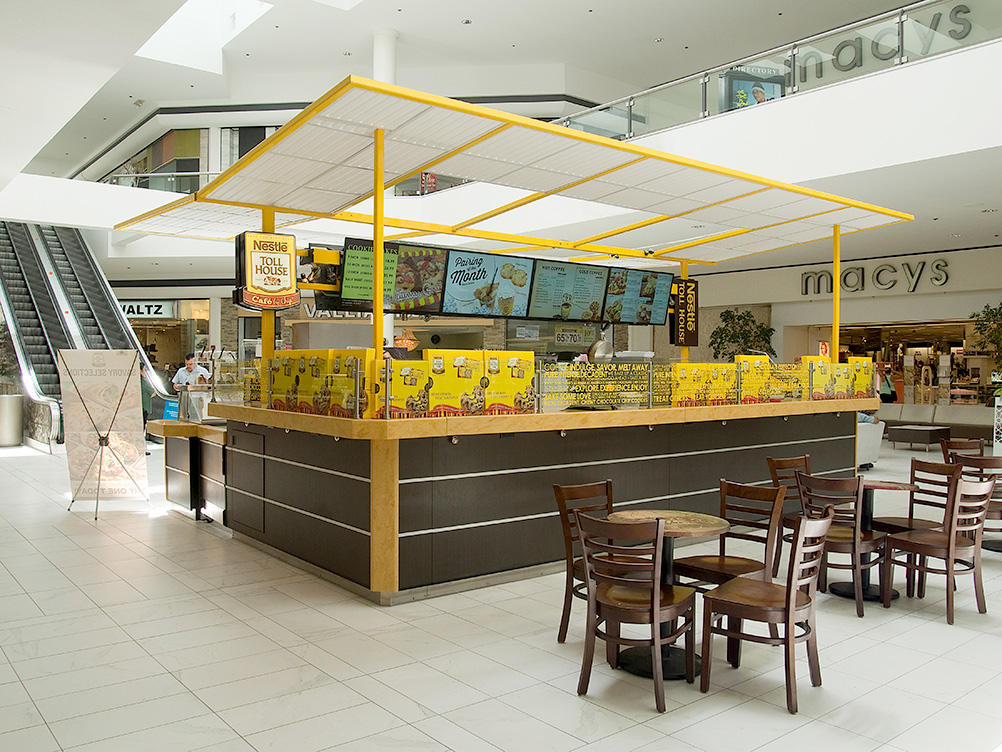 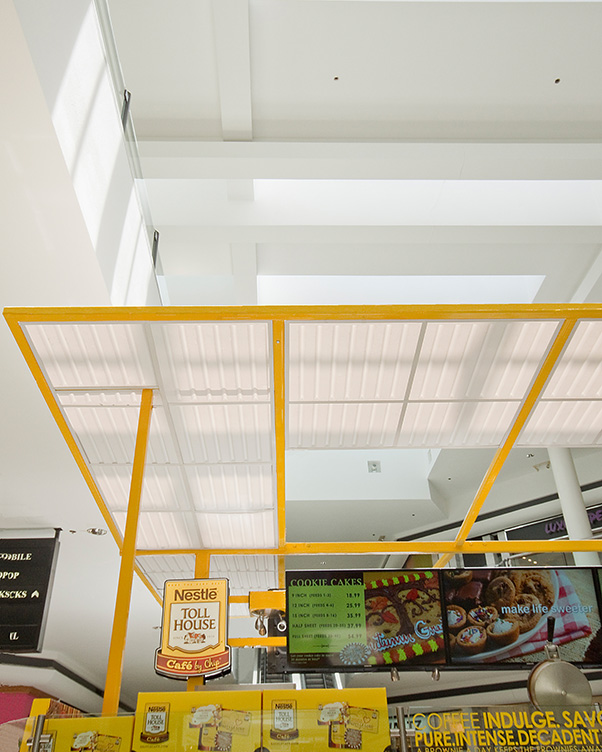 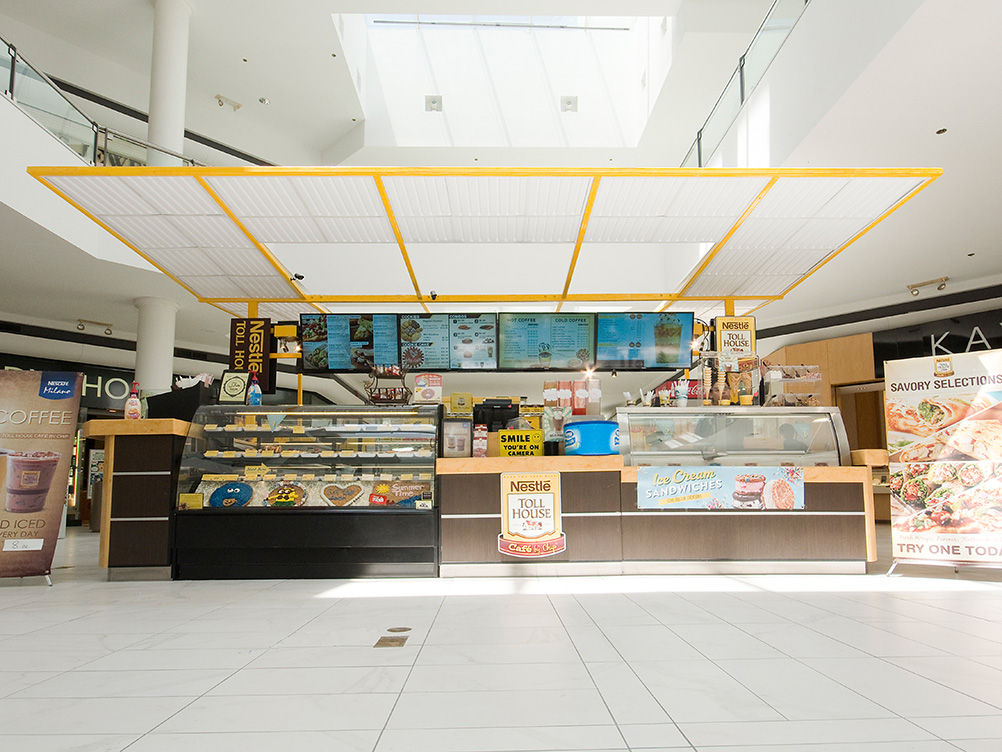 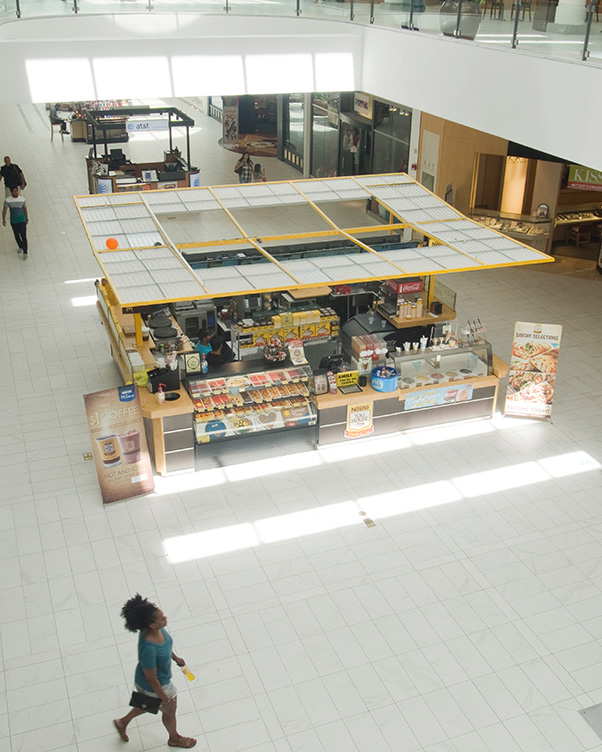 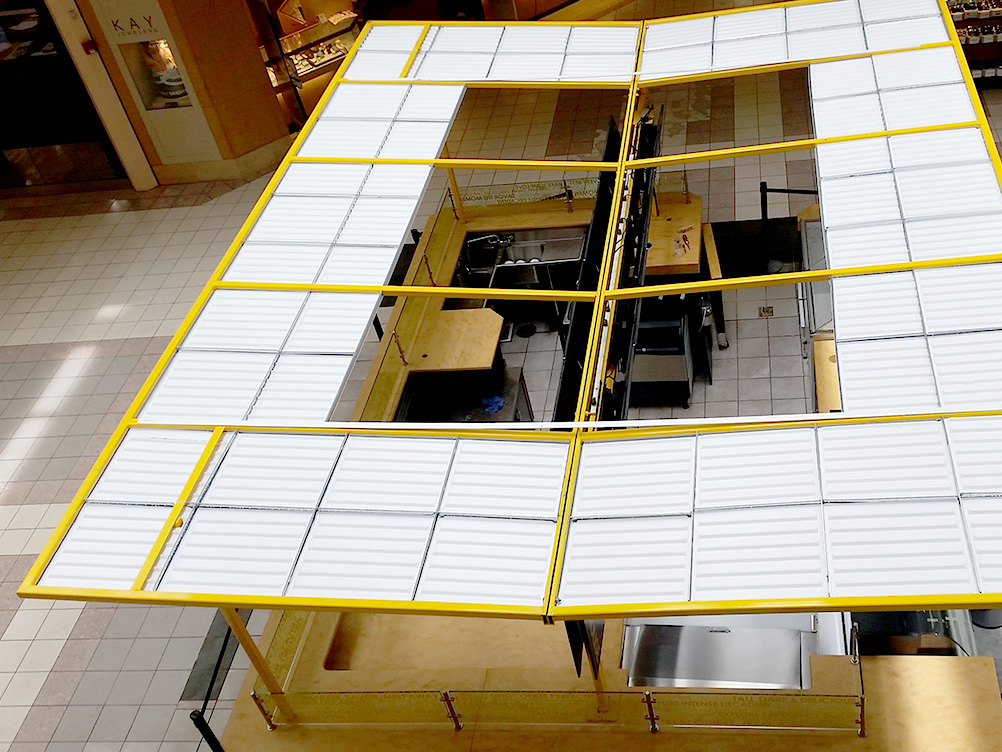 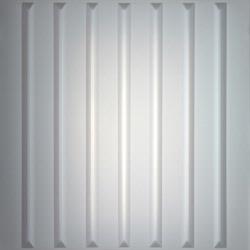 When Nestlé Toll House Café decided to create new in-mall kiosks for their popular cafes, they faced a problem: conflicting code requirements from the health department and the fire marshal.

Instead of the stand-alone design the Chip foodservice chain had used previously, these were to be open-air kiosks with a seating area for patrons. Nestlé Toll House had 18 kiosks under contract when they found out four of them didn't meet code.

"Health departments require roofs or canopies over kiosks located next to escalators or under balconies," said Todd Panchuk, Construction Manager for Crest Foods, franchisor of the Nestlé Toll House chain. The roofs protect food preparation and display areas against items thrown or dropped from above. And fire codes require areas under canopies to have sprinklers.

Wanting to avoid installing sprinklers under the canopy required to meet the health code, kiosk maker Ikoniq chose to instead make the canopy using Ceilume drop-out ceiling panels. The panels are made of a thermoformed material that drop out of the grid they hang in when exposed to high heat. This allows the overhead sprinklers in the mall to do their job.

In addition to solving the issue, said Gregory Swistak, president of Ikonic, "We liked the styles that were available and the idea that the panels are easy to clean and maintain." Photo credit: Ceilume

Consult with your local building/fire officials to make sure that your intended use will conform with the appropriate local codes.
BACK
NEXT
Guiding Principle No. 6 - Be unique. Stand out even in the most crowded marketplace.