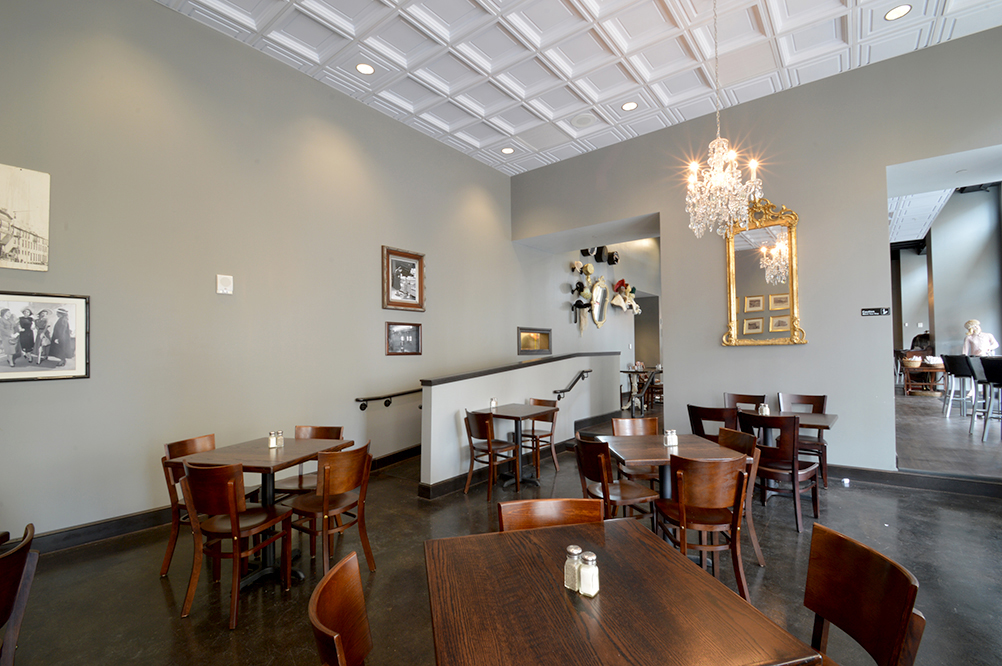 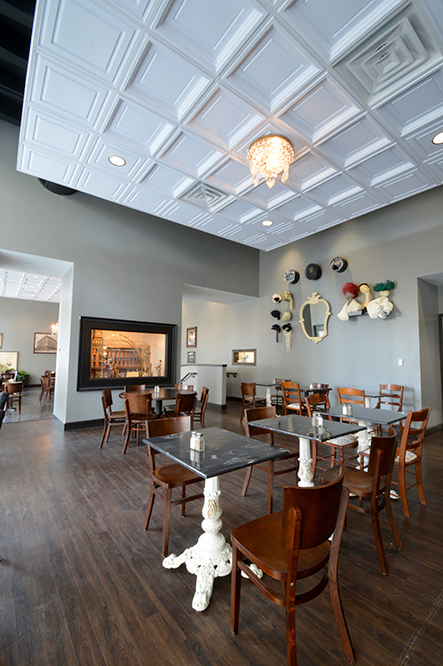 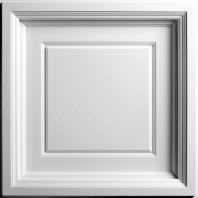 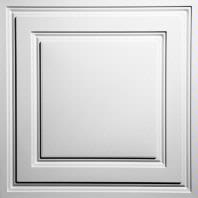 For almost a century, the Lazarus department store was a fixture in Columbus, Ohio. Housed along with it, in the recently retrofitted Lazarus Building, was a classy dining room where generations of residents remember eating.

After the store closed in the 1990s, the space sat vacant for nearly 20 years until the building was reimagined as a hub for innovative businesses and downtown renewal.

The old dining room reopened as The Chintz Room, a bistro, which has many of the old recipes on its menu, and is decorated with old store memorabilia to remind diners of the age gone by.

Wanting to keep with this concept, Lori Bongiorno, director of M+A Architects' Commercial Studio, studied old photos of the 1952 remodeling that used wall panels with a relief motif. She decided to use thermoformed ceiling tiles to keep in line with the historic look of the space. "The thermoformed panels look good and no one can tell they aren't authentic plaster or wood mouldings," she said, adding that part of the decision was that budget was also a concern.

She chose Madison panels that have deep, square, recessed centers, bordered by Oxford panels, one of the simplest and most elegant styles, both in white. Customers like the three-dimensional panels, said co-owner Michael Hermick. "The ceiling looks really great, especially with shadows from light entering through the high storefront windows." Photo credit: M+A Architects

BACK
NEXT
Guiding Principle No. 1 - Be authentic. Don't pretend to be something we're not.